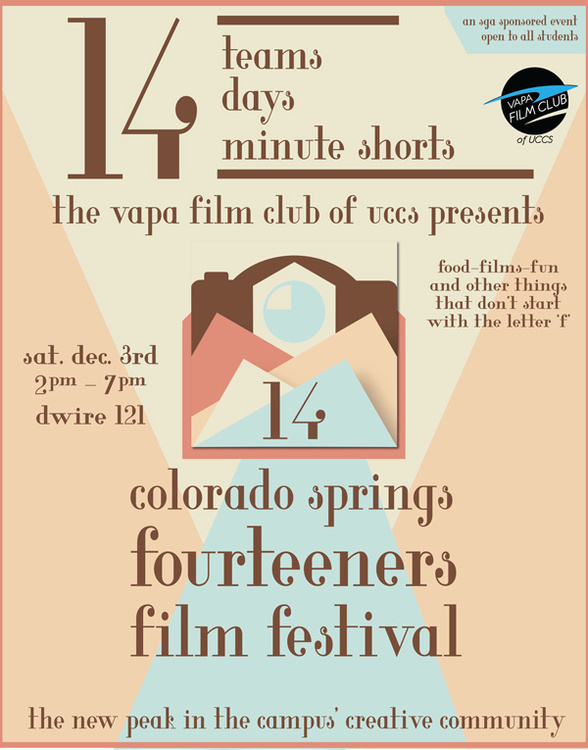 The Film Club of UCCS will be presenting the first edition of a new two week fall film festival, the Colorado Springs 14'ers on December 3rd. Unlike the long running spring Film Festival and Awards, this challenging event allows each team (up to 14) to create a short film based on a specific genre and a prompt. They have 14 days to write, shoot, edit, and submit their film. The creative collaborations will be showcased for our audience at UCCS in Dwire Theater 121 from 2-7pm. Judges select their two favorite films of the evening for awards, and Audience Choice selections will be honored in several pre-selected categories.

Free food is also on the menu for a fun and filling day of film. Campus and community are welcome!

FREE and OPEN TO THE PUBLIC